It's What I've Been Working on Wednesday!

Saturday's show (which I will blog about next week) has kind of thrown my week off, so I apologize that there was no tutorial yesterday. I was still able to make a few things this week, mostly before my show.

When we have little ones over, I like to bring out my son's outgrown dolls for them to play with. The other day my son told me that they would have more fun with them, if they had more clothes, so I made these little pjs from an infant romper I bought at the thrift store. It was really easy, since I was using the existing hems on the neck, arms, legs, and the snaps of the romper. 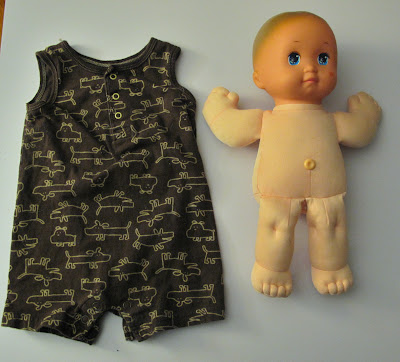 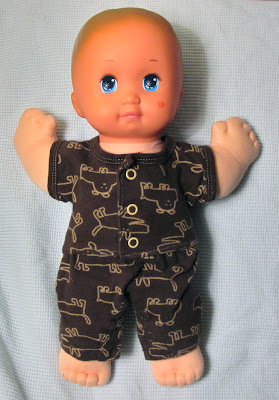 I found a great lambswool/cashmere argyle, and used it to make my son some woolly pants, since he was outgrowing some of his. They are much cuter on, and the colors make my son look like a cute elf :). 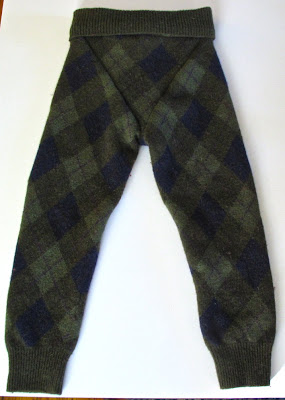 I made 2 more stockings, that I fully intended on selling at the craft show, but I wanted to have more of a selection, so I never brought them. They look wonky in the picture, but don't look so bad in real life. 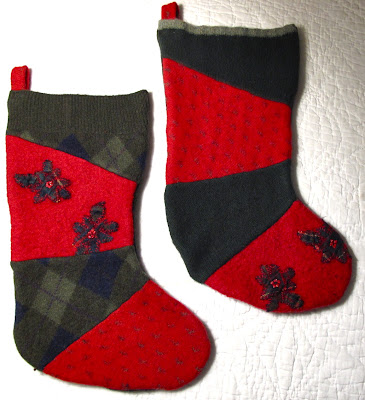 That's about it! What have you been working on?
Posted by Resweater at 4:25 AM

All three of those projects rock! Some wool pants are going to the top of my after-Christmas-presents-are-done list. :D